Millennials: This generation has seemed to grab a lot of attention in the recent past. I thought I’d add up to the existing “Millennial Jazz” and hence, decided to speak about it at a QA conference in Atlanta. I ended up doing some research about the generation I belong to, and found out that there are numerous alarming myths and misconceptions about Millennials and their role in the IT industry.

Millennials are the generation that were born between 1977 and 2002. If you are currently aged between 18 to 34, then you are a Millennial. One interesting and appalling fact is that millennials constitute 40% of the overall workforce today in the U.S.A.

If you ever tend to look up about millennials on the internet, you wouldn’t be surprised to know that this generation is “hooked up” and “addicted” to technology and this is usually considered as a negative impact on them. However, I would like to disagree with the support of the above picture that depicts an average life of a millennial. People in this generation were introduced to technology at an early stage in their life. For instance, if John was born in the year 1988, it is very likely that John spent his teenage years using the early release of Facebook and most likely would have been one of the first ones to transfer money online. If one considers the fact that this generation has GROWN UP with technology by their bedside, then in my opinion, using the term “hooked up” and “addicted” to technology is wrong.

Mobile apps have been their best friend since a decade. Millennials are the driving force for e-commerce changes in the market since they constitute an astonishing 21% of the consumer discretionary purchases.

It is a known fact that this generation embraces automation. There is no doubt that automation will cut costs, but only when combined with a strategy that supports the organization’s business model. Introducing automation isn’t just about finding defects faster, it is mainly to reduce the burden of manual testers and provide an opportunity to the testers to focus more on exploratory testing and usability testing.

The reason why millennials would be amazing test engineers is for the sole reason that this generation is technology infused. Millennials know what are the latest apps in the market as they might already be using some of it. (Example: Shopping apps, Banking apps, Messaging apps and many more). In the IT industry, especially with the agile-ish shops, millennials would encourage automation due to the following reasons:

“I do find that quite ironic when folks have very strong viewpoints of this generation when they not only don’t come from it but clearly are not very close to it.”- Jeff Carr, CEO & President- Peoplefluent

If you are an agile shop and a software based service or a product company, then millennials would be beneficial and apt for the QA team, because you not only get people who love automation but also a team packed with innovative ideas and energy. 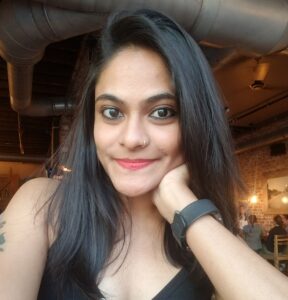